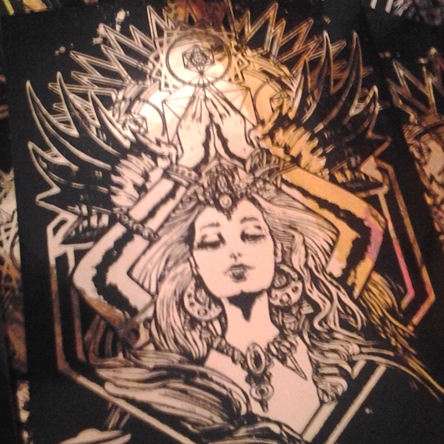 Semjase “The Golden Angel” is a geometrical principal with its own consciousness. This is a reflection of your own higher aspects. She speaks to you in visions and dreams and in this dimension through symbol and metaphor. She brings healing, wisdom, experience and higher vibrational states of being. She arrives as a bringer of light which she cups in her hands above her crown, while coming to you from within the hexagonal portal, the very shape of a light particle from the sun.

Emanating from deep within the core of galactic center
Literally REFLECTIVE “The Golden Angel” is presented to you in GOLD FOIL STICKER format. Bring the light into your own life with these NEW STICKERS which SHINE in the SUN. The Metaphor is fulfilled.

The compassionate gaze of
“The Golden Angel”
will literally reflect your own golden aspects while skrying into its flawless surface.
When you order this sticker pack you will also receive
“The High Priestess” sticker  to compliment your collection

“The High Priestess” coming from the TAROT is the BALANCE  of the light and dark. She stands between the two pillars holding the stillness TEMPERANCE. She presents the symbols of the sun and moon while projecting her true nature, robes made of beams of light. Behind her is the pattern of the Sephiroth, or TREE OF LIFE. On your path you will encounter her love and feel the truths run from heel to head. She reminds us that it is not just white or black, but a wide spectrum of subtle tones, hues and pathways through this reality. From her perspective, which is a higher aspect of you, all pathways are clear, and all experiences are tools of learning as she guides you gently out of the labrynth. The owl is the symbol of seeing clearly in the dark. The wisdom taking flight even the most uniluminated of places. He holds the scroll which in hebrew reads “TAROT”. There are the mysteries revealed. 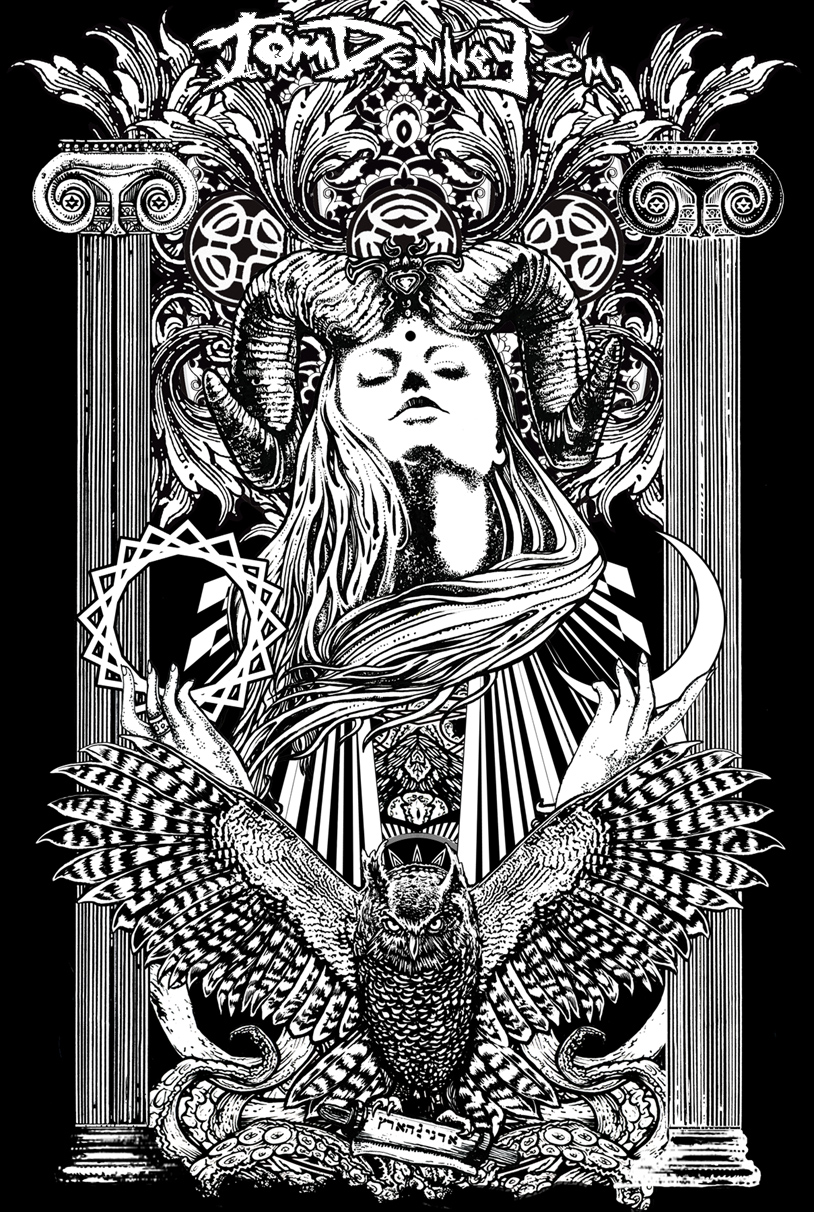