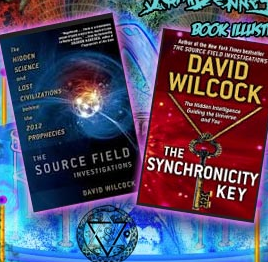 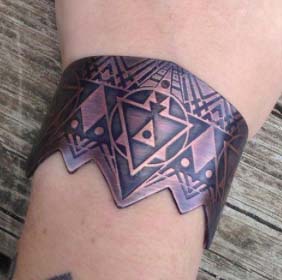 Takes my geometric pattern art and uses actual ACID to burn the designs into REAL PIECES of Copper and Bronze!

After the Images are engraved into the metal using the ACID PROCESS she cuts out aspects of the designs and in lays activated crystals and precious stones.

My geometric patterns come from the fifth dimension, a place of visions, a place of dreams.
I was dreaming that I was in the addict of a very old house. There was a latter that lead up to an even higher aspect of the home, one filled with white light and warm feelings. I ascended the ladder and was overcome with blinding, warm love filled light, and a series of symbols geometric in nature. In the dream, I would come back down the ladder  and have to remember what I saw by drawing it as quickly as I could. I then showed these symbols to the people who were all waiting in anticipation.
The images looked just like the following.

Then Acid Queen takes my patterns and applies them to her jewelry.

From my perspective, the patterns and symbols are pointing almost exclusively to the pineal gland, and give a nod to self introspection/meditation and the art of using the inner eye to download messages from parts of the mind that normal every day life does not grant access to.
All of the patterns hold high dimensional level resonance energy patterns and help to bridge the gap between that world of vision which only exists within my own mind and now here they exist in our physical world too.

Not only are they highly energized but also aesthetically stunning!

Even The Rings hold this high resonance of healing power that comes with these higher dimensional dream patterns!

One can conjure real magic with these beauties~

Acid Queen employs her own visionary powers to create various wrist bands and fingerlings which harness and accentuate the higher dimensional healing aspects of the jewelry as they themselves anchor in energies which you can actually feel when you wear.

When coupled with double terminated crystals, their psychedelic atlantean powers are increased exponentially leading to all new hidden powers of the third eye and heart being blasted open and activated when adorned by their user.

Power Bracelets, Pendants and Rings all hold these high level resonance powers when combined with my geometric patterns.

ACID QUEEN and I continue to make new designs together, here are a couple of the most recent from the NEWEST designs

There is real power here! Come See ACID QUEEN and I this Dec 6th together in LOS ANGELES at BITCHCRAFT!

Find out how which designs you can get your hands on…