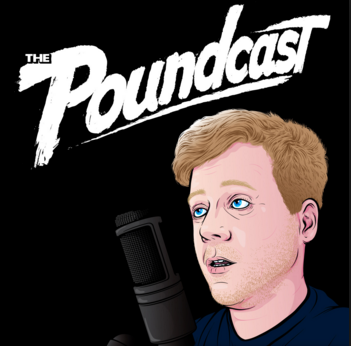 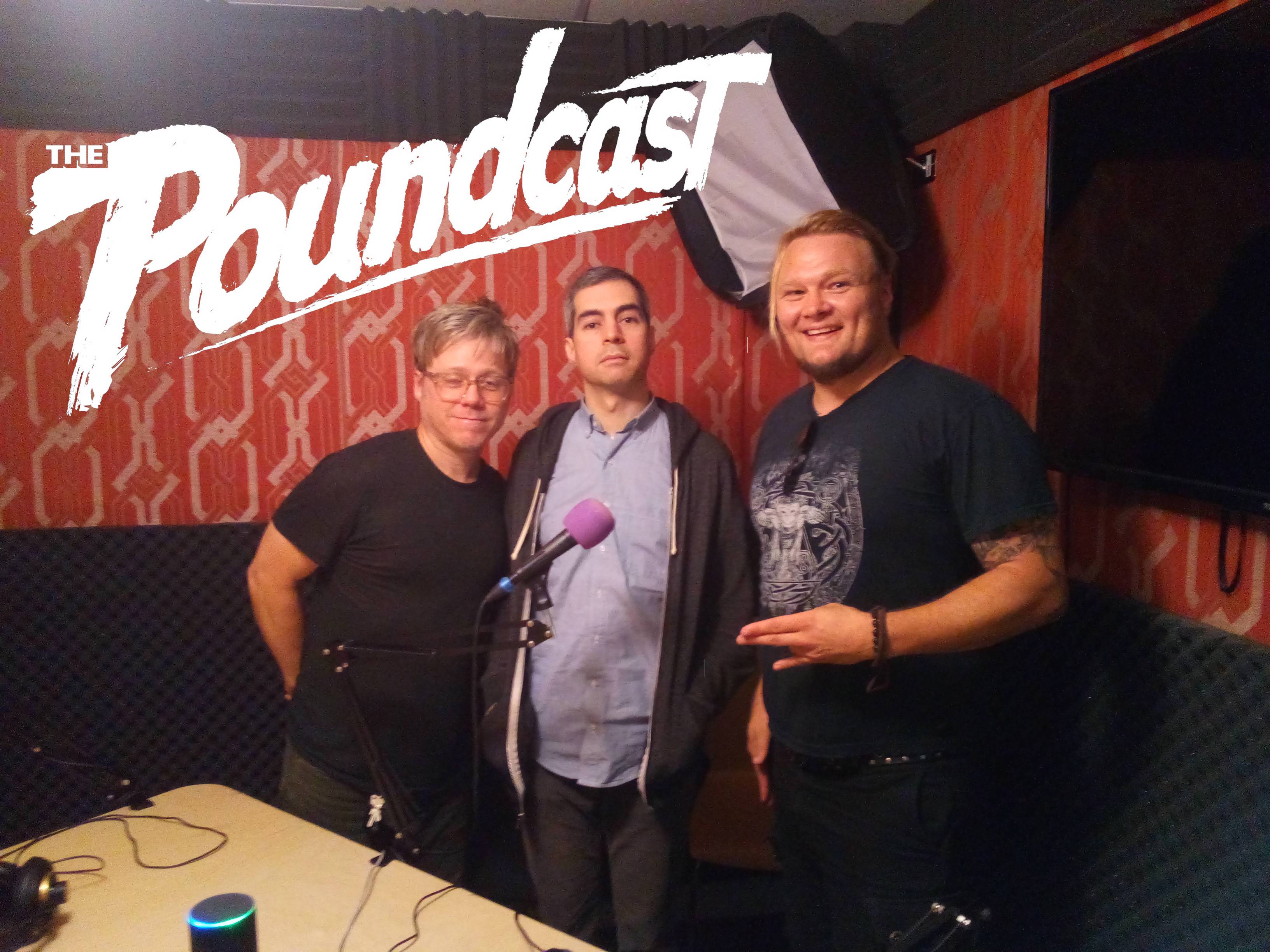 I got to talk about Esoteric art work, Tim and Eric editing secrets and how to battle shadow people in this hilarious Poundcast ep #153 With Dj Dougpound and Brent Weinbach at Starburn studios, we mull over mystical experiences, Chicago in the 90s and more!

Check out Tom Denney on the Suicide Girls Podcast 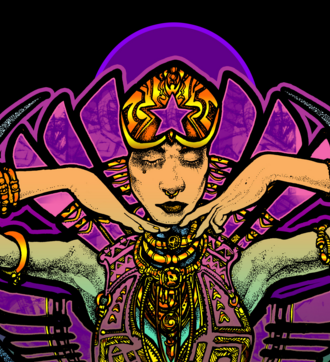 To celebrate the closing of the lions gate, and the to honor the passing into autumn this year brings the Lions Gate Ritual Art 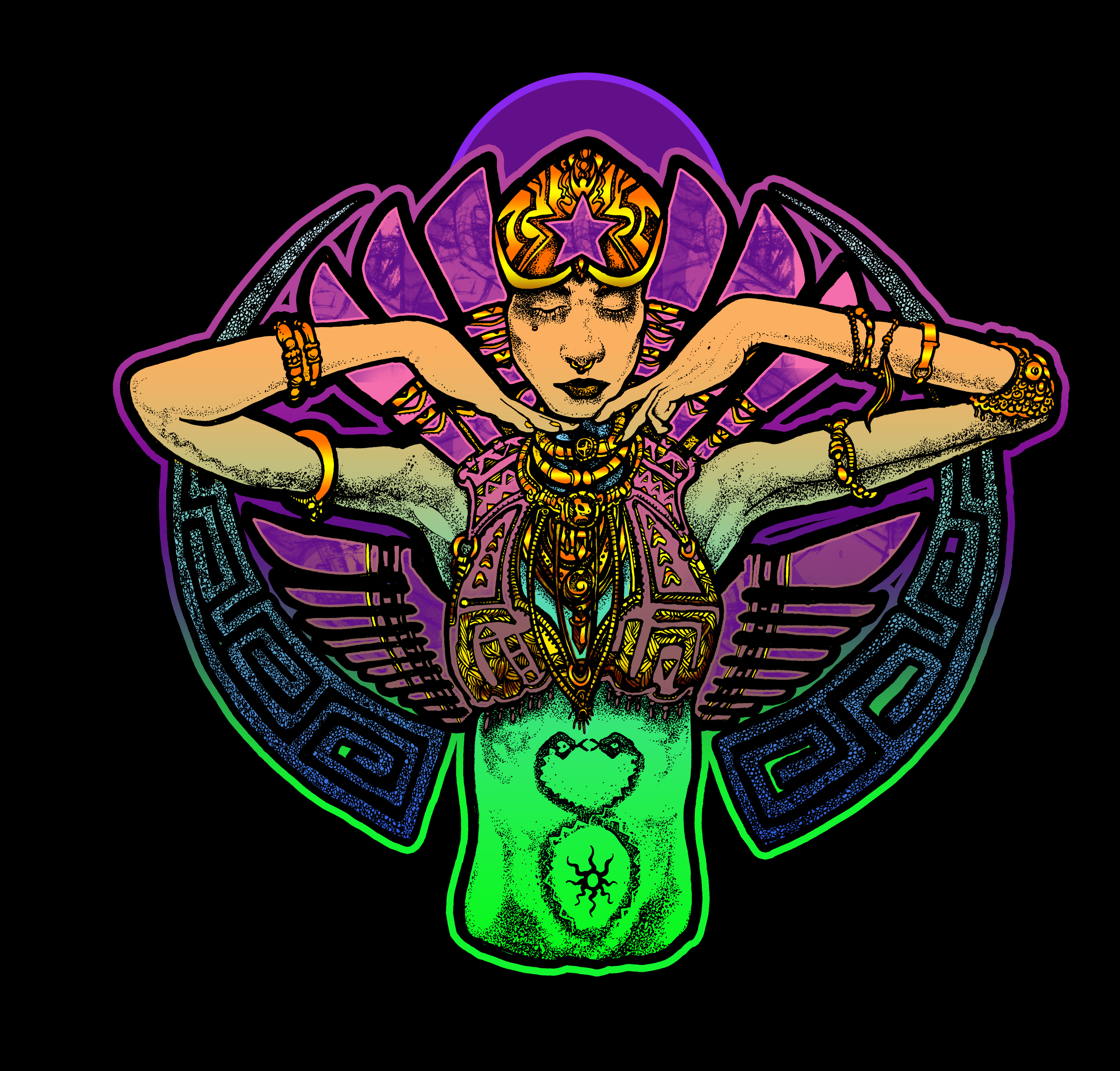 In very gentle ways she guides with a still small voice a whisper in the wind and angelic influence a geometric presence stringing thought patterns and synchronicity out of desire and multifaceted metaphoric missions from higher dimensional fractal functions. Between the in between, the moon on the horizon the perspective like a lens like the influence of a magnet, a physics unseen yet inescapable in its effect. That sweet kiss of destiny that destroyer seed unfurled and harvested before the frost.

Buy art prints at this link 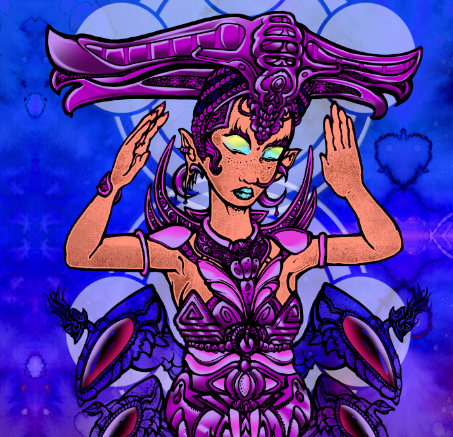 This is almost like some alien abductee style art. I explain in the video how images like this tend to manifest of one single vision from a dream or hallucination. 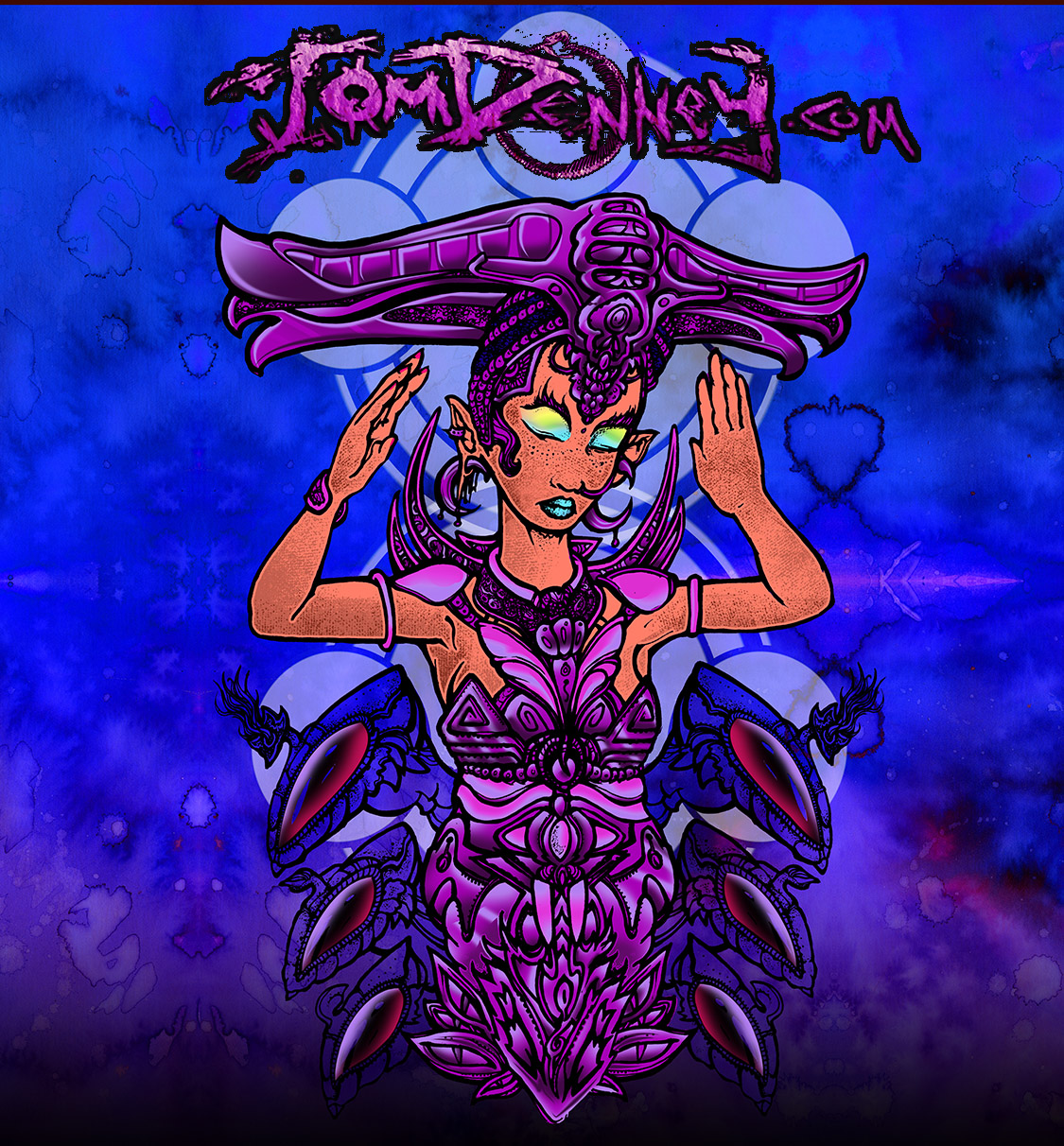 Deep within the Reiki Healing emits through the hands and into the Antenna.
Check out how to get Art Prints of “The Healer of the Ant People”

You can even get this one as a duvet cover

Adorn your comfort zones with this healing soft PILLOW CASE

CELL PHONE CASES!
(FOR ALL DEVICES)

DAWNING of the MIND book of ILLUSTRATIONS and ESOTERIC TALES 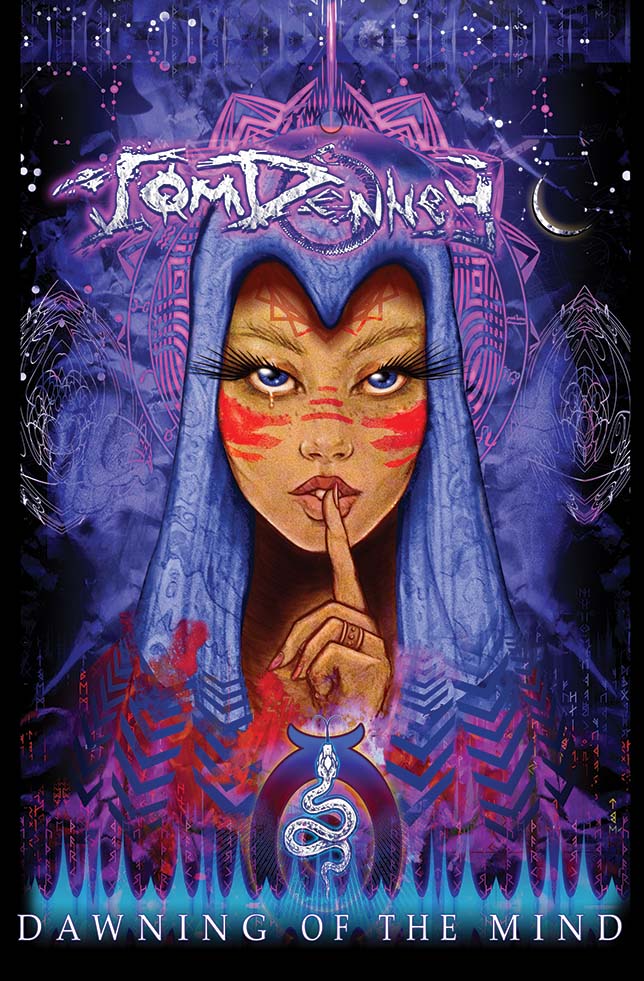 Lest we fail to mention ALUKAB! This ten piece webseries af mystery and mindcontrol will enthrall you to the bone. Watch the newest ebisodes and subscribe for more animations and bizarre glitch video straight out of the vortex.

If you enjoy the sounds of ALUKAB then know they are made by CYPHLON. Here is another new set of vortex swampmoon weirdness… Prints of these are all available. See Below.

Art prints of these are available, $20 Choose below

This is the process from pencil sketch, to ink to photoshop coloring as well as logo design for the band Valkyrium. Album out soon.

Here is the finished art. The goddess of the portal. She is the energy of the Earth between the four corners of the square within the tree of life. The ancient tribal roots run through all of us, for we are all warriors, and our mother is a warrior creator. 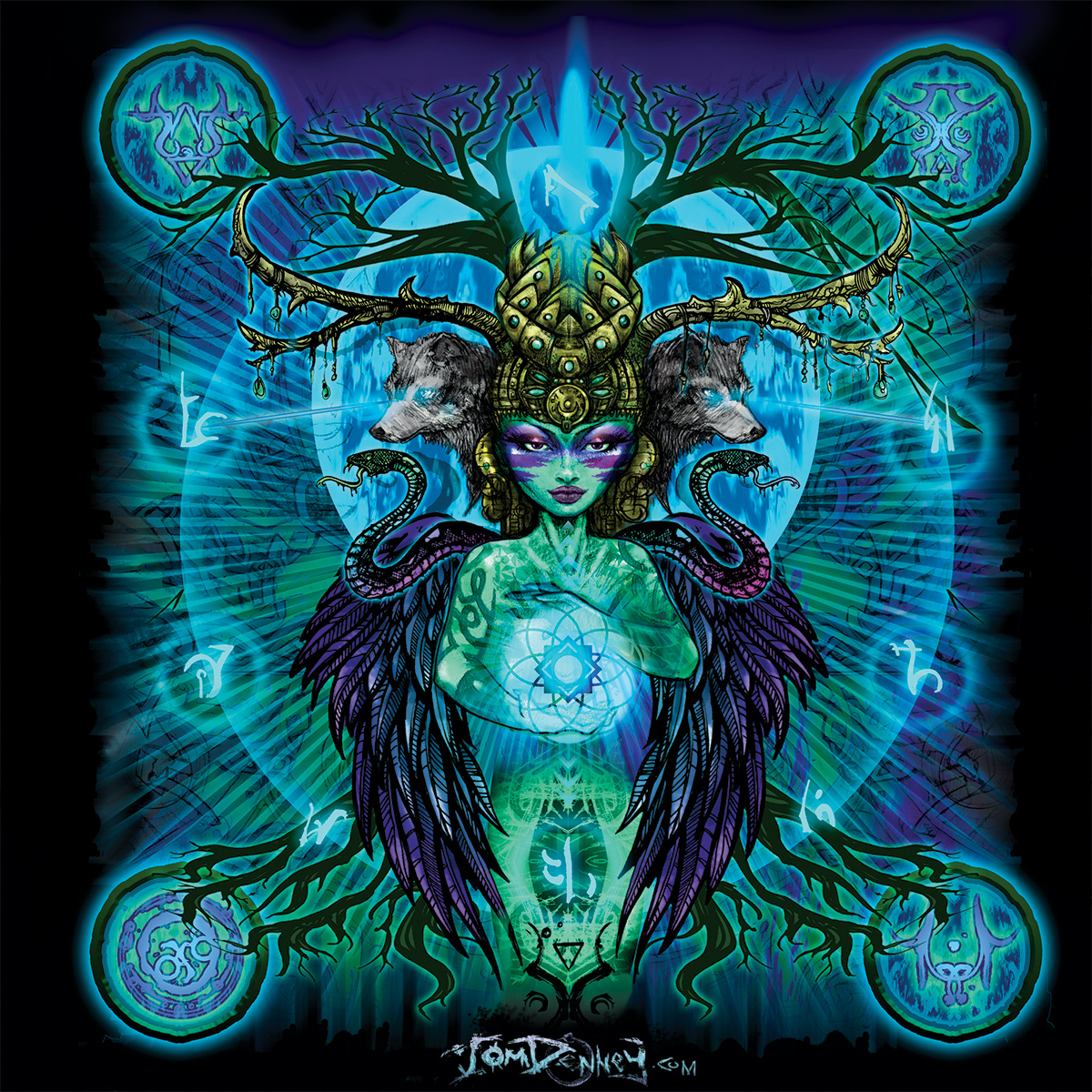 There is multiple encoded geometries and symbols in this artwork, and here is one which I will point out, the tree of life. This is the standard of multidimensional progression that a consciousness will take on its journey through existence. Each symbol is a grade of evolution, a standard of existence.  A great mystery, this tree of life. I write about it more in my book “Dawning of the Mind”

Here is another example of my photoshop process

ALSO DOING LIVE ART THIS WEEKEND AT THE GARAGE GALLERY!

IN CONCLUSION I will be one of the live artists at THE COSMIC CARNIVAL! Very excited, i will be bringing my visual projection devices! 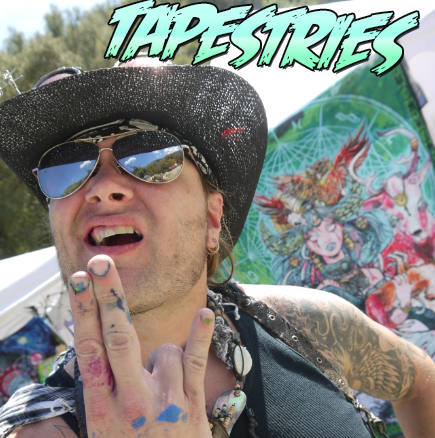 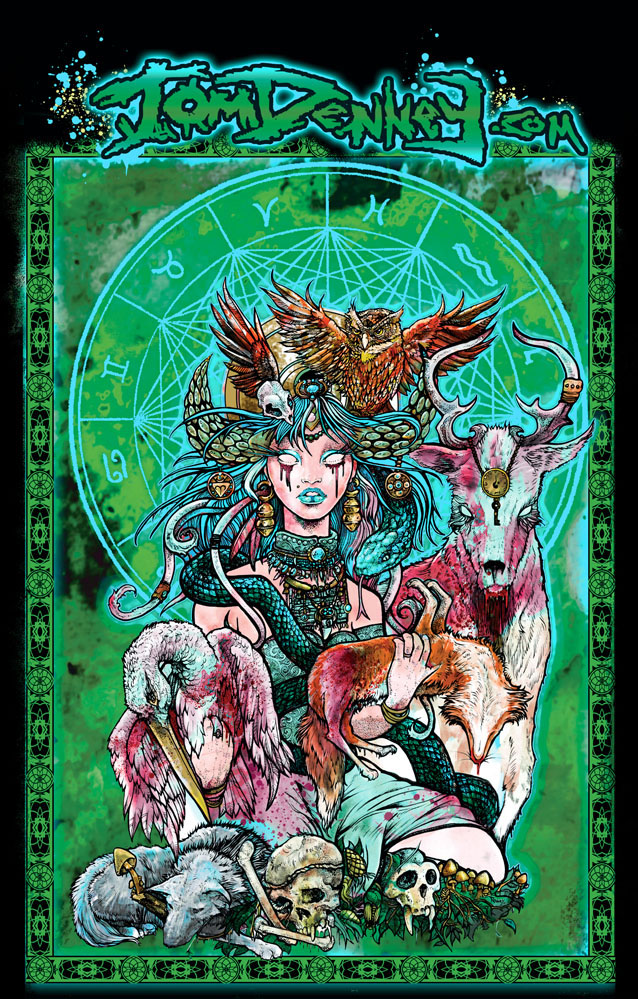 Watch how this art was created in photoshop

The Heart of the Earth.
The Goddess Sophia. For all things are alive and have a soul. She is the spirit of the Earth. She is our Mother in more ways than can be described in human language. Her own heart is the portal by which our souls did travel to be incarnated. She knows each and every one of us intimately down to the very code of DNA. She birthed us ethiraclly first and then we came into conception. Such a deep rooted connection extends beyond lifetimes and reverberates multidimensionally as we dance through the cosmos in a symbiotic cycle of incarnate life. She is our space ship, our ground, our maternal source. She cries out to our hearts and through our hearts we connect with her. Through dream and meditation to hear the voice of her, the soul of the world. A living growing planetoid hurling through space in a dance that only the greatest of creators can see.

SEE THIS TAPESTRY FEATURED IN THE DMT MUSIC VIDEO

Sophia is in great peril now. She has a personal message for you as she reaches out amidst the chaos of cell phones and internet devices, multimedia advertising and brainwave altering wi-fi. The smog of her burning lungs clouds the minds of her children who forget and act as zombies, chopping away slowly piece by piece the body of the mother. Burning and stabbing and poisoning her as she screams out for them to wake up!
Part of the duty of this day is to hear this voice of Sophia. The mission to silence the chaos and tune in with the heart to hear the subtle tones and reverberations inside. The listening to the cries of the Earth is the most overlooked aspect of the great work.

This connection is in part the activation process of your own personal ascension access codes. This is the stirring of the DNA, the very receiver/transmitter of reality that was so intimately encoded when the soul went through the Sophia Matrix in order to incarnate on her. We all were literally birthed through her, and by returning to her in thought and heart, we reactivate our original encoding. The modern day bombardment of bogus malware and pernicious virus software all becomes entirely deactivated through the process of ascension access code activation. Connecting daily with Mother Sophia greatly expedites the level and manner in which these codes are reintegrated into our daily lives. The unfoldment then becomes exponential. Like a domino rally of light work. Each incarnate human has their own unique ascension code pattern. Like a song, the DNA sings in harmony when these codes are initiated. Through the gift of the loving and life giving Sophia, we hear her voice, and download with it the message and the work she needs us to do. Every person plays a small roll and when unfoldment comes into effect, every little piece of the puzzle builds the bigger picture of healing and reclamation. The effect of the WILL of the mind should never be understated. The intent of an imagination reaches out from deep inside the minds eye and projects out like energetic horns into this dimension and reality. This is the imposition of the Thelematic Magik, the imposition of the will. Only the most sovereign and present can attempt this feet. Like the Aries the Ram, the horns of intent wrap around the hands of the projector and smash into reality. Literally a mini particle collider iside the mind goes off as the spark of the imaginatory vision of the reality that you wish to manifest actually leaks photons out of the pineal gland and thusly takes shape in the physical world. For instance, imagining a piece of art, then creating~

CHECK out this DESCRIPTIVE VIDEO

THE WATERS of INITIATION TAPESTRY

Awaken your Psychedelic BOHO aspects by perturbing the gentle waters of intiation.

BLACK LIGHT REACTIVE!
Check it out with different lighting effects

Available NOW! “Geometra” get them here before anyone else at this special link

Check out these other BLANKET DOUBLE SIDED ART PRINTS 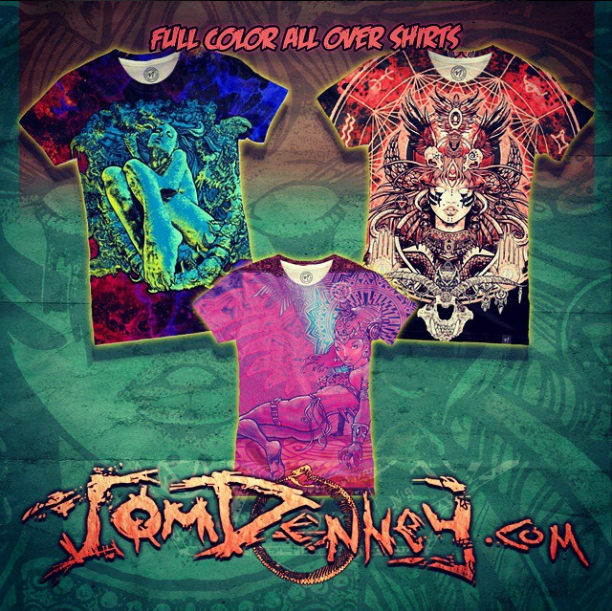 These are no longer available. Try instead FINEARTAMERICA 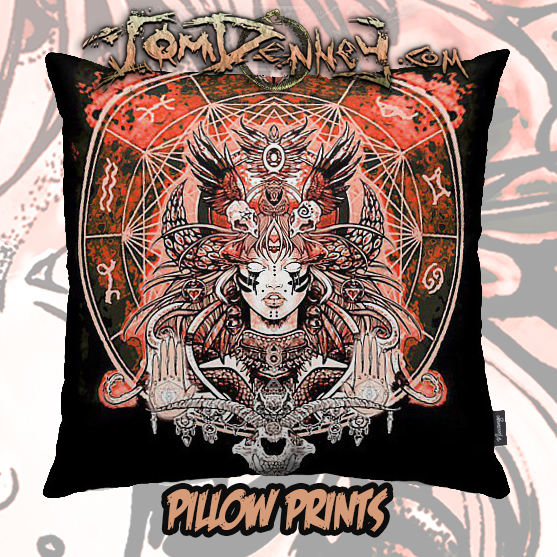 These psychedelic pillows will enable greater and more connected DMT dreams when you lay your head upon their astounding geometrically activated atlantean aspects. All Pillow prints available by clicking their image. 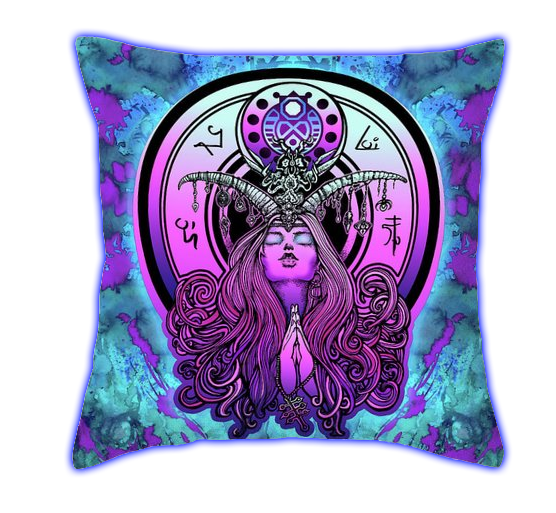 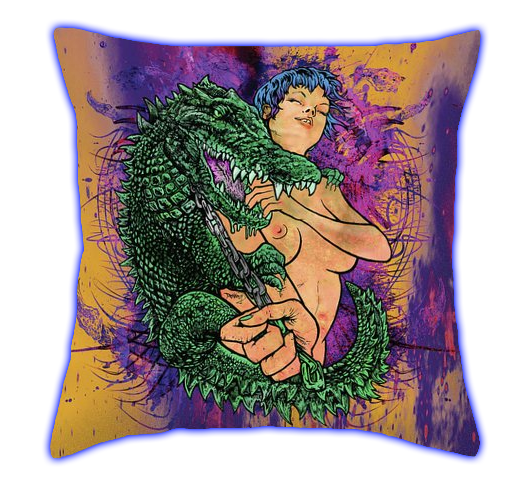 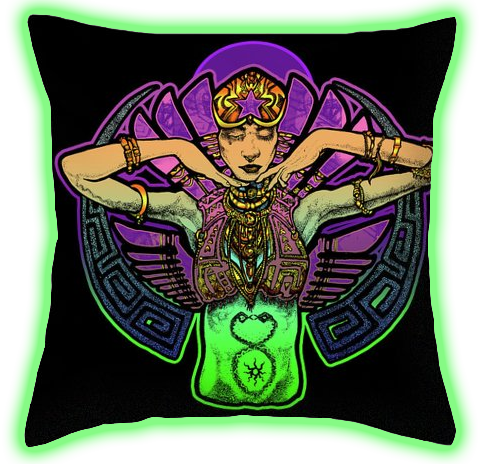 Get into the FIFTH DIMENSION 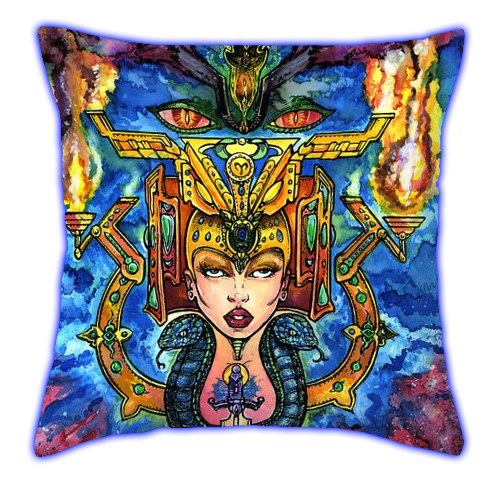 Get your own comfy pillow print of “THE GIAGAN CONNECTION”

The Waters of Initiation

Also check out all of my CELL PHONE CASES 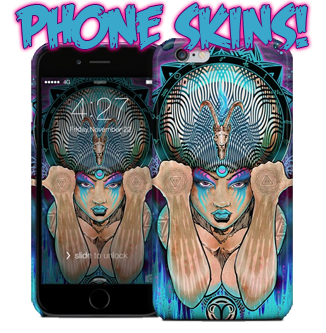 I have skins for all variety of phones and electronic devices.

All new Cell phone cases as of November 2018~